Learning about the Ozarks of my childhood: Cabins, slavery, pawpaw & wineries 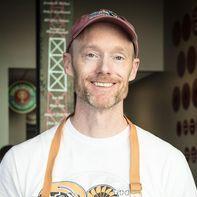