Useful Life of a Dishwasher 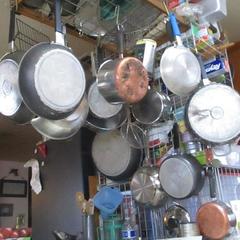 By Porthos,
January 7, 2015 in Kitchen Consumer