Getting Rid of Mice in the Kitchen 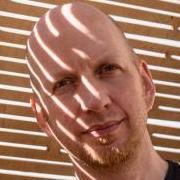 By paulraphael,
November 12, 2008 in Kitchen Consumer